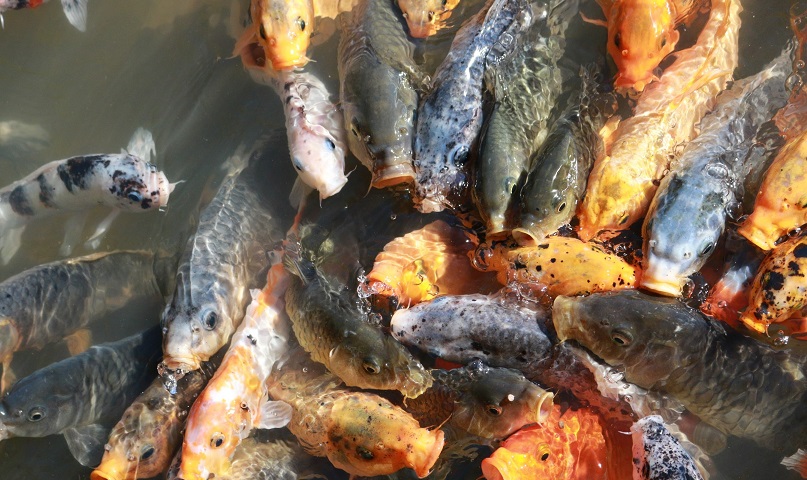 Ponds are part of extensive aquaculture. The pond is one type of habitat that is used as a place for brackish water aquaculture activities located in coastal areas. In general, ponds are usually directly related to the maintenance of tiger prawns, although actually there are still many species that can be cultivated in ponds such as milkfish, tilapia, grouper, white snapper and so on.

However, a problem that is often encountered in pond aquaculture activities is the concentration of ammonia which has a bad effect on animals on the pond. Ammonia will be toxic to fish if allowed to accumulate in large quantities in ponds. When ammonia accumulates to toxic levels, fish cannot extract energy from feed efficiently so that eventually the fish will become lethargic, sick, and die.

Ammonia in water exists in the form of NH3 molecules and in the form of ammonia ions in the form of NH4 +. Both forms of ammonia are very dependent on pH conditions and water temperature. If the balance is changed, such as the pH value in one of the descending parts will bring about the addition of ammonia molecules. The balance between NH3 and NH4 + is also influenced by temperature. Under certain pH conditions, toxic ammonia will appear in warm water compared to cold water. In addition, the level of toxins from ammonia is also influenced by the oxygen content in the water.

Measurement of ammonia concentration will give a glimpse of the conditions at the time the water sample is taken. But measurement at all is ineffective because the relationship between these processes is very complex because the rate of change varies throughout the year and results in a measurement pattern. 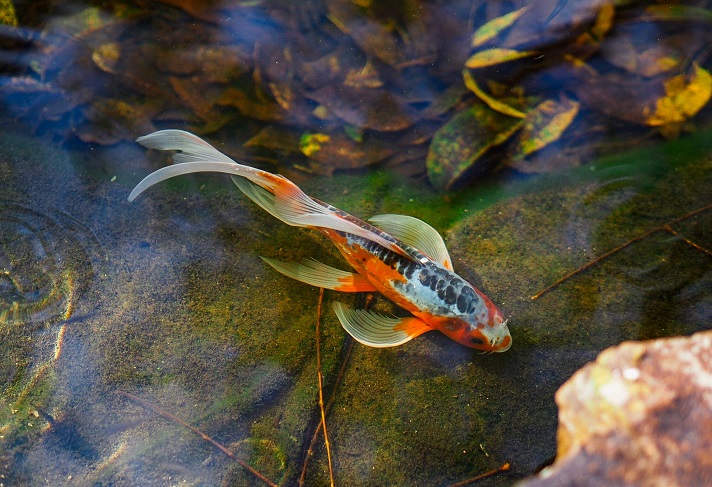 The main source of ammonia in ponds is fish excretion. Fish will break down the protein in the feed and excrete it through the gills and feces. The amount of ammonia that is excreted by fish depends on the input of feed given in the culture system, the addition of such as the addition of feeding rate. Ammonia enters the pond also from the decomposition of organic material such as leftover food or algae and other dead aquatic plants carried out by microbes and fungi.

The danger or not the level of ammonia poison can vary depending on the type of fish because some more can survive. In addition, other factors such as water temperature and chemical factors play an important role. For example, ammonia (NH3) constantly changes to ammonium (NH4 +), and vice versa. The amount of each relative depends on the temperature and pH of the water. Ammonia is very poisonous, while ammonium is relatively harmless.

Ammonia control is a rather complicated problem in fish farming. Medications carried out in a situation can be toxic to fish life. Fish are very sensitive to sudden changes that occur in water. Eliminating ammonia must be done without dramatically changing the pH and it is best done without using harsh chemical additives. The use of zeolites is one of the safest ways to control ammonia levels in ponds.

Physical and chemical ion exchange is considered to be the foremost and effective way to control ammonia. The use of Zeolite and Clinoptilolite has been used successfully as an ion exchange medium to remove ammonia. Cations in the pore help neutralize the zeolite load. These cations can move freely so they can easily exchange ions. The mechanism of cation exchange is largely determined by the size, charge, and type of zeolite. Natural zeolites consist of Aluminum Silicate, capable of adsorbing and exchanging gases, whereas clinoptilolite are a kind of zeolite in which ammonia gas is adsorbed and ammonia ions are exchanged. Clinoptolites are more beneficial when compared to artificial zeolites.

Descriptions are also influential in capturing ammonia in ponds. Zeolites have a high capacity for adsorbing. The adsorption mechanism that occurs includes physical adsorption (Van der Walls force) and chemical adsorption (electrostatic forces). The absorption capacity of zeolite depends on the number of pores and surface area. Only molecules smaller than the zeolite pore can be adsorbed.

Thank you for reading the article about controlling ammonia levels in ponds. The conclusion that can be obtained from this article is that zeolite is one method that can be used to safely control ammonia in a pond based on its porous nature and is able to exchange ammonia ions. Check out the article about zeolite on the Nusagri.co.id website. Nusagri also provides natural zeolites that are ready to be exported. For more information, please check the Nusagri website’s main page or contact the contact listed.