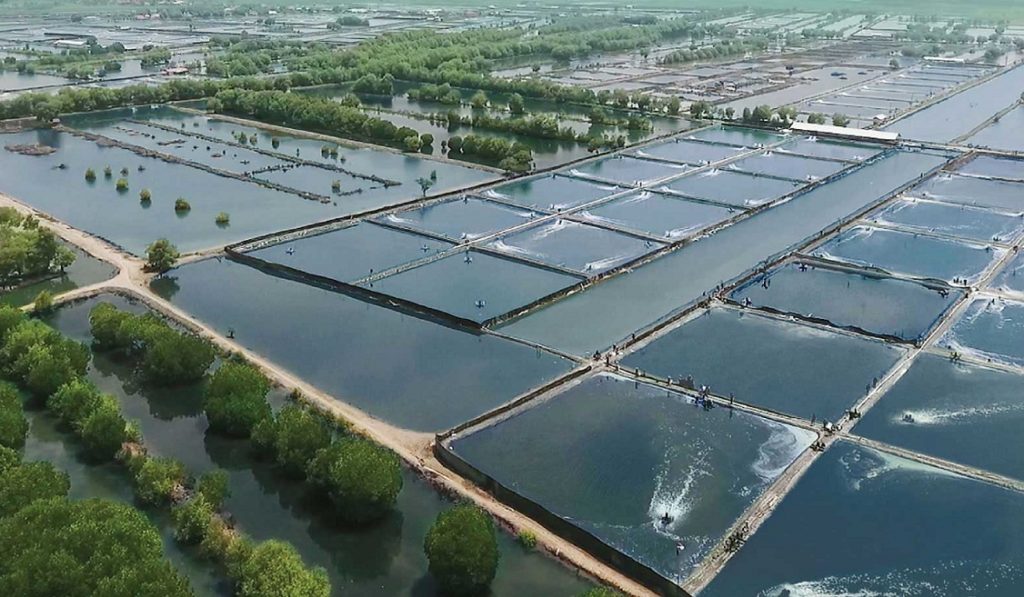 Shrimp ponds are businesses in the fishery sector that involve ponds containing freshwater, saltwater, and brackish water. Shrimp is one type of filter animal so that water quality is crucial for the results obtained by farmers. Potential shrimps to be cultivated in ponds are tiger shrimp (Penaeus monodon) and vaname shrimp (Litopenaeus vannamei). Both are able to tolerate salt levels between 0 to 45 percent.

Zeolites are natural minerals made from aluminum silicate groups that are hydrated by alkali metals and alkaline earth. The zeolite mineral is gray to bluish. Clinoptilolite is a type of natural zeolite mineral that has many uses.

In aquaculture, Clinoptilolite can be used to help control the quality of the soil at the bottom of a pond. Clinoptilolite forms like crystal and has a variety of colors, namely white, yellow, pink, and pale brown.

In this article, Nusagri discusses the benefits of zeolite for shrimp ponds. Nusagri has also published related articles,  Zeolite as ammonia adsorber in pond. Please refer to the article.

Pond water quality is an important thing that must always be considered. According to research, if environmental conditions such as water quality are not in accordance with the standards for cultivation it will cause death and ultimately losses in aquaculture. Water quality management is a way to maintain water quality parameters in accordance with quality standards for cultivation. These parameters are an indicator to see the quality of water, such as dissolved oxygen (DO), free carbon dioxide (CO2), pH, temperature, brightness, salinity, ammonia, and nitrite. 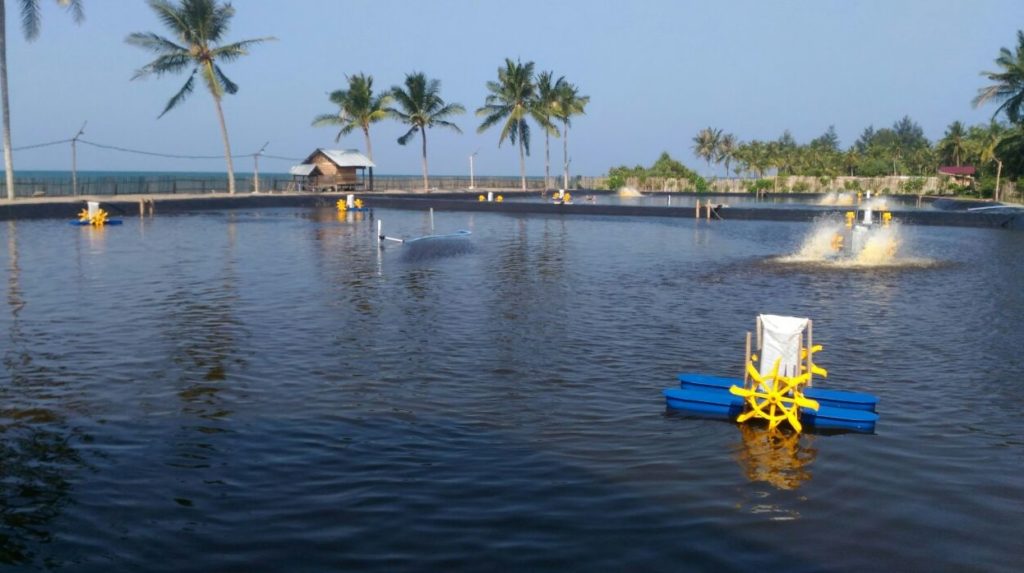 Dissolved oxygen should be sufficient. Scientists generally agree that aquatic animals need dissolved oxygen at a concentration of 5.0 mg / L or more to be able to live and develop. However, the amount of oxygen needed can also vary depending on how large or complex the animal is and where it lives. The greater the dissolved oxygen value, the better the water quality. The highest difference in dissolved oxygen concentration is found in waters that have high plankton density and vice versa. Most of the waters that have low oxygen levels are caused by a variety of complex factors from natural to man-made factors. The solubility of oxygen in water is influenced by several factors including temperature, salinity of the waters, movement of water on the surface of the water, the surface area of open waters, atmospheric pressure, and the percentage of oxygen around it.

Too high pH is not good, a pH above 8.5 causes ammonia in the pond to be toxic and raises hydrogen sulfide around it which is also a toxic substance, so don’t overdo it.

Temperature or temperature is one indicator of the success of shrimp farming. For this reason, temperature fluctuations must always be watched out for by farmers, because sudden spikes or decreases in temperature can inhibit shrimp growth and can even make shrimp die.

It should be noted by farmers that the optimal temperature for shrimp to grow and develop is in the range of 26 to 30 degrees celsius. As for the drastic temperature change that can be overcome by shrimp is no more than 2 degrees celsius. If the pond temperature decreases until it reaches 25 degrees Celsius, it can cause the digestibility of food by shrimp will be hampered, this will later influence the growth of shrimp. Vice versa, if there is a surge in temperature to reach 30 degrees Celsius or more, it will trigger stress on shrimp. The stress experienced is due to high-temperature changes that cause shrimp oxygen demand to increase.

To avoid stress on shrimp, pond entrepreneurs are required to always check the level of water salinity routinely. In general, the ideal shrimp ponds are shrimp ponds that have a salinity level of around 10-30 ppt.

• Because it has a high absorption power, zeolite minerals can reduce gases in the remaining shrimp feed (not eaten), as well as gases originating from the metabolism of other organisms that live at the pond bottom.

• Zeolite minerals are able to bind heavy metals in water or pond bottom soils that can threaten the survival of fish/shrimp, such as Pb, Fe, Hg, Sn, Bi, and AS.

• Because zeolites have a high calcium content, shrimp in ponds can be prevented from soft skin diseases.

• Increase the level of dissolved oxygen in the water

• Helps the growth of phytoplankton in ponds, so that natural food for shrimp is always maintained.