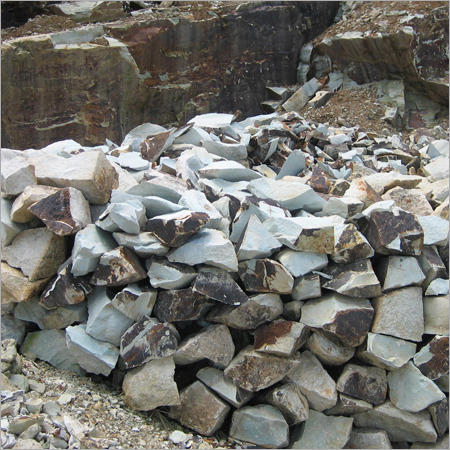 Zeolites are a group of minerals which in the sense/naming of minerals are one type of non-metal minerals or industrial mineral minerals from 50 existing types. Until now more than 50 natural zeolite forming minerals have been known, but only nine of them are often found, namely clinoptilolite, mordenite, analsim, khabasit, erionite, ferrierite, heulandite, laumonite, and filipsite. From the results of investigations that have been done, the types of zeolite minerals found in Indonesia are modernite and clinoptilolite.

This natural zeolite is formed from a reaction between fine-grained acidic acid and rhyolitic tuffs with pore water or meteoric water (rainwater). This mineral is a group of hydrated aluminosilicates with the main elements consisting of cations, alkalis, and alkaline soils, having pores that can be filled by water molecules. The water content trapped in the zeolite cavity is usually around 10-50%. When hydrated cations in the cavity will be covered with water molecules, these water molecules are unstable or easily detached. The general nature of zeolites, among others, have a rather soft crystal structure, a specific gravity of 2-2.4, turquoise, white and brown.

Geologically, zeolites begin to be found in tuff rocks formed from the results of sedimentation, volcanic dust that has undergone an alteration process. There are four processes as a picture of starting to become zeolite, namely the process of volcanic dust sedimentation in an alkaline lake environment, alteration process, diagenesis process and hydrothermal process.

It has been mentioned that water molecules found in zeolites are unstable so that by heating above 100 degrees celsius, the pore water can be expelled so that zeolite pores are formed which can allow zeolites to absorb molecules that have smaller diameters than zeolite pores the.

Based on research, the ability of activated carbon and silica gel as an absorber did not exceed natural zeolites. Artificial zeolites can indeed be purer and have broader capabilities compared to natural zeolites, especially as catalysts. The use of zeolite has been developed in such a way that it can be used for several purposes in industry and agriculture, also for the environment, especially to eliminate odors, because zeolites can absorb gas molecules such as CO, CO2, H2S, and others. Zeolites are non-metallic minerals or multi-use industrial minerals because they have unique physical and chemical properties, namely as an absorber, ion exchange, molecular filter, and as a catalyst.

Exploration of the field done by surveying and mapping the spot at first. When compared with the other areas in the world, Indonesian zeolites are young in geological terms. From the Rotorua’Taupo, it can be recognized that intense volcanic activity have been occurred about 250.000 years ago. The deposits might be located in layers of sediment approximately 30 metres depth or even more.

For sampling, an excavator will dig pits in the survey area to get samples. The samples are then tested using x-ray diffraction. Zeolites use unique crystal structure with many unique surfaces. Zeolite minerals in Indonesia have properties which are slightly different than other countries Zeolite. By way of example. Zeolite powder like in the Taupo Volcanic Zone have soft and porous properties.

There are approximately 40 minerals known as zeolites. One minerals found in the Taupo Volcanic Zone is really a silica-rich mineral called Clinoptilolite. Mineral that is used in agriculture and also in the oil market.

Once big deposit confirmed commercial viability, a quarry is produced to extract the mineral. In Indonesia, there are many quarries where mineral ore is mined. Open-pit mining may be the type used in Zeolite Indonesia. Usually, overburden is first stripped to allow access to the ore. The ore is then drilled or stripped. and hydraulic excavators are then employed for loading. The raw material might be crushed and screened on mining site and positioned in stockpiles for drying from the outside. or it just transported towards the processing mill where it will likely be crushed and screened.

WhatsApp Chat is free, download and try it now here!