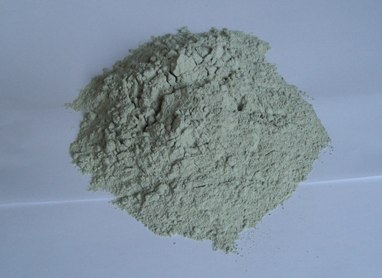 Zeolite (Zeinlithos) or also referred to as boiling, in chemist’s research has long been the center of attention. Every year, various research journals around the world, always contain zeolites for various applications, especially those directed at the aspects of improving and efficiency of industrial processes and environmental pollution.

Generally defined as a three-dimensional structure of silica-alumina crystals, which are formed from tetrahedron of alumina and silica with internal cavities containing metal ions, usually alkaline or alkaline earth, and free moving water molecules. Empirically, the molecular formula for zeolite is Mx / n. (AlO2) x. (SiO2) y.xH2O. So far, the zeolite structure is known to vary, but in general, the structure is formed from the primary structural unit, in the form of a tetrahedral which then becomes the secondary polyhedral unit and forms a polyhedron and finally the zeolite structural unit.

In Indonesia, the number of zeolites is very abundant and scattered in various regions both on the islands of Java, Sumatra, and Sulawesi. The use of Indonesian zeolite for direct use cannot yet be carried out, because Indonesian zeolite contains a lot of impurities so that it needs to be processed first to remove or separate it from impurities.

Because of the unique physical and chemical properties of zeolites, so in this decade, zeolites by researchers have become a versatile mineral. These unique properties include dehydration, adsorbent, and molecular filters, catalysts, and ion exchangers.

Zeolites have to dehydrate properties (releasing H20 molecules) when heated. In general, the zeolite frame structure will shrink. But the basic framework did not change significantly. Here the H2O molecule appears to have a specific position and can be reversibly removed. The nature of zeolites as adsorbents and molecular filters is possible because of the hollow structure of zeolites so that zeolites are able to absorb a large number of molecules that are smaller in size or according to the size of their cavity. In addition, zeolite crystals that have been dehydrated are selective adsorbents and have high adsorption effectiveness.

The ability of zeolites as catalysts is related to the availability of active centers in the channels between zeolites. These active centers are formed due to the presence of the Bronsted and Lewis type acid functional groups. The comparison of these two types of acids depends on the zeolite activation process and reaction conditions. These active acidic centers can then bind the base molecules chemically. While the nature of zeolite as an ion exchanger is due to the presence of alkali metal cations and alkaline earth. These cations can move freely in the cavity and can be exchanged with other metal cations with the same number. Due to the zeolite’s hollow structure, anions or molecules smaller or equal to the cavity can enter and get trapped.

As mentioned above, in this decade, zeolite has been widely used by the public. Here are some examples of applications:

Neutralizing soil acidity, increasing soil aeration, supporting mineral sources in fertilizers and soil, and as an effective controller in the release of ammonium ions, nitrogen and potassium fertilizers.

Increasing the value of nitrogen efficiency, can reduce gastric disease in ruminants, control the humidity of animal waste, and the ammonia content of animal waste.

Cleaning fish pond water that has a water recirculation system can reduce nitrogen levels in the fish pond.

As a catalyst in the process of breaking down petroleum hydrocarbons, as panels for developing solar energy, and absorbing freon gas.

Fillers in the paper, cement, concrete, plywood, steel and cast iron industries, adsorbents in the textile and palm oil industries, raw materials for the manufacture of ceramics.